Acting President of the World 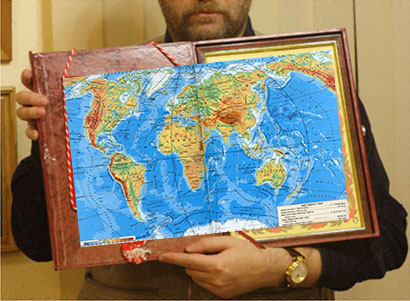 I will address to The Peoples some days later. If you feel you can help as a speechwriter - feel free to contact me at the email given below. Let's face it: there is a lot of disorders in the World now, and in the Internet in particular. We shall overcome it together, I am sure of it!

ORIGINS: On 13th of January, 2015 Regional Network Information Center per procuration of Donuts Inc. according to ICANN rules delegated domain names GOV.WORLD and PRESIDENT.WORLD to me. Since then I assumed office of Acting President of the World and created The World Government.

DUTIES: I shall organise the work of The World Government until the first session of democratically elected World Parliament begins; appoint and dismiss World executive officials; represent the Humankind in exterior relations with other biological species including extraterrestrials (whether they exist); conduct the elections to World Assembly, Constituent Assembly and World Parliament; administer domains of The World Government and its structures. More information - in WorldGovWiki.